What Is The Meaning of Life: 3 Keys To Create Lasting Fulfillment 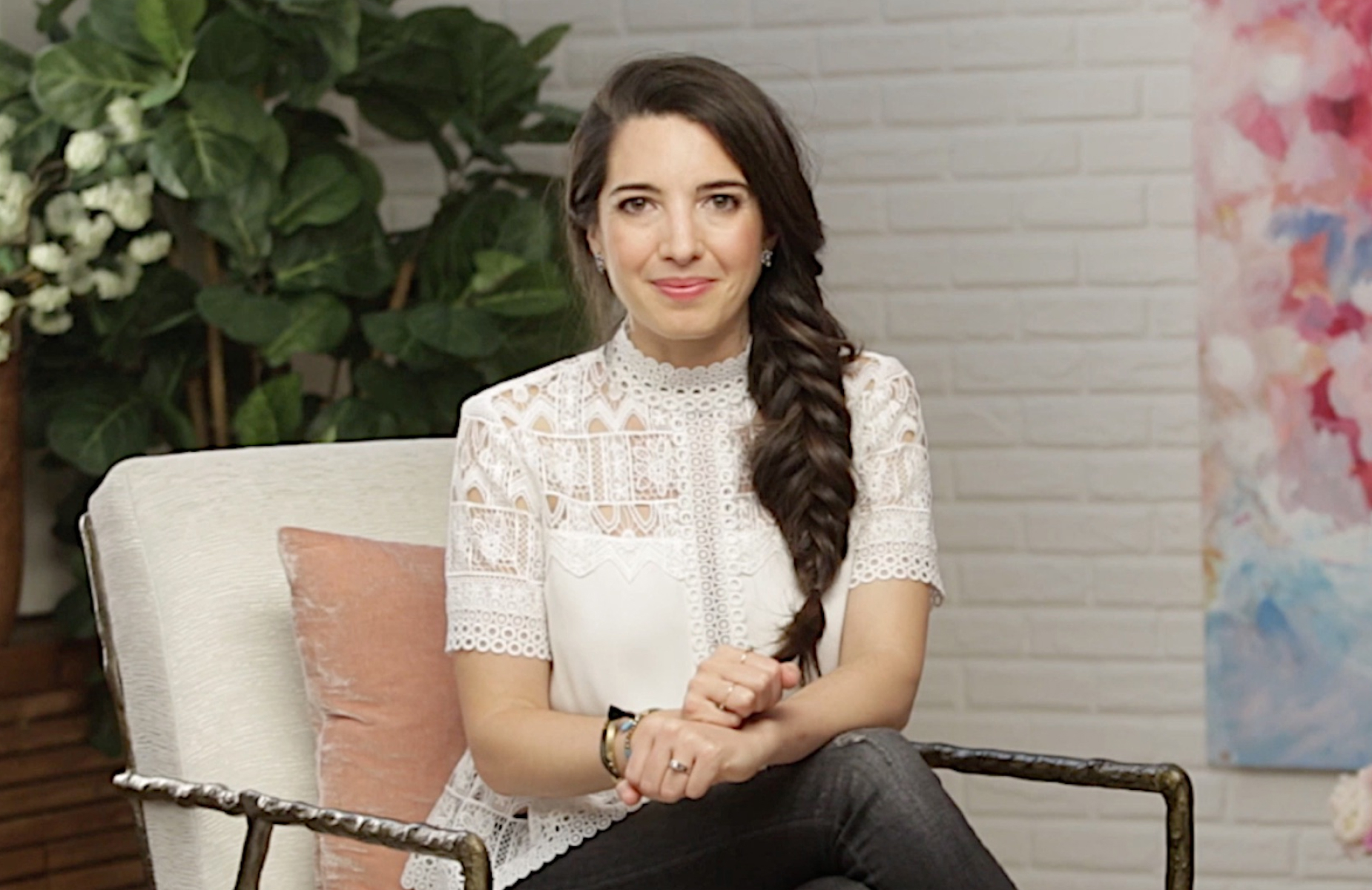 Rather than searching for life’s meaning, remember that you always have the power to create it.

First — thanks so much for the incredible feedback and comments on last week’s episode about doing a fast and powerful year-in-review.

In today’s episode, we’re building on our positive momentum and tackling another important topic: how to find fulfillment and give our life meaning, no matter what.

Because the holiday season can be a mixed bag, right? Our emotions can range from utter joy and delight to frustration and exhaustion to deep wells of sadness, emptiness and even depression. It’s a time of year that many of us reflect on the big questions like…

In today’s episode of MarieTV, we’re covering a powerful framework to create lasting fulfillment and meaning in life.

If you wonder, “What’s the meaning of life?” this 3-step fulfillment framework will help you take back control and create meaning, no matter what.

Viktor Frankl’s wisdom is a treasure I revisit again and again. His work is especially poignant when you hit a rough spot in life and find yourself feeling hopeless. Practice has proven to me that yes — fulfillment, purpose and a genuinely happy life can be cultivated with these three, timeless steps. 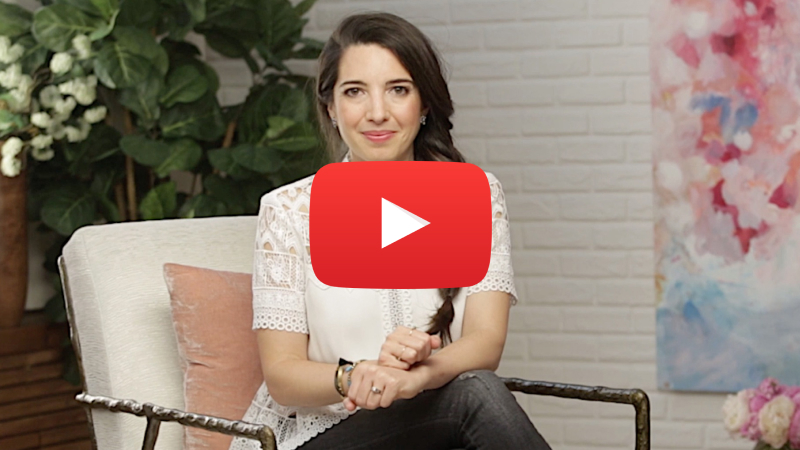 Why? Can’t I talk like this? And what if I actually just sucked on some helium?

Hey, it’s Marie Forleo and you are watching MarieTV, the place to be to create a business and life you love. Today’s episode is all about how to create a meaningful life. Now, I know that is a big, big topic, but I think this is a very important discussion to have, especially at this time of year, because typically in December and January is when people start to pay extra close attention to how they’re living their life, if they’re happy with their life, and what kind of changes, if any, they would like to make in the year ahead.

Not to mention, any time of year when it comes to really serious things like depression and addiction, what can often be a part of those issues is that we feel hopeless or helpless or like our lives have no meaning.

That’s why personally I think this conversation needs to happen a lot more often, and hopefully what we talk about today can help you start the conversation both for yourself and for the people that you love. Now, the best framework that I’ve ever found comes from one of my favorite books of all times. It’s Viktor Frankl’s Man’s Search for Meaning. This book right here. So if you’re not familiar with this book, you need to get it. You need to read it ASAP. It’s a memoir of Frankl’s life and the spiritual lessons that he learned in order to survive Nazi concentration camps during World War II. This book is heartbreaking, it is inspiring, it is riveting, and in my opinion, it is a must read.

Now, one insight that I want to share right off the bat. According to Frankl, he believed that one component of wellbeing is based on a certain degree of tension between what one has already accomplished and what one has yet to achieve. So in other words, who you are today and who you hope to become tomorrow. So if you’re worried or ever have those thoughts that somehow you’re a failure because you haven’t achieved all of your dreams quite yet, listen to me when I say this: you are not a failure. That tension is a really good thing, so embrace that drive that you have, embrace your ambition, and the gap between where you are and who you are today and where you want to go and who you want to become over the next year and ten years and so on. So when it comes to making meaning in our lives, Frankl shares 3 simple avenues.

The first avenue is creating work or doing a deed. In other words, having a project that you’re working on that requires your skills and abilities. You know, one of the most powerful stories in the book for me was when Frankl arrived at Auschwitz and he had the manuscript for a book that he was working on, he had it in his coat pocket. And when he arrived, they confiscated it from him, just like everything else. And he was heartbroken, but what he did throughout his time there is he started looking for these little scraps of paper and he was collecting them so he could start recreating his manuscript. And that really helped keep him focused. And there was this other thing that he shared that I really related to. You know, while I have a stepson and I have a fur baby, I don’t have any biological children. And he was talking about this book being his mental child and having the ability to focus on that mental child and how important it was for him to nurture it and bring it to life and put that manuscript back together was really a key in helping him survive that experience.

The second avenue, by experiencing something or someone. So in other words, experiencing beauty or truth or goodness or love, whether that’s through nature or by loving someone else. You know, Frankl shares these moments throughout the book. For example, when he was being transferred from Auschwitz to a Bavarian camp by train, how he and everyone was in this crowded train and they were crowding around this tiny barred window just to catch a glimpse of the mountainside and the beautiful sunset. And in Frankl’s own words, he said, “We were carried away by nature’s beauty, which we had missed for so long.” Or the other thing that really stood out to me in the book was how much Viktor connected with his wife through his thoughts and his imagination and how much his love for her kept him fueled and really kept him going. And there was one passage that I want to read which sums it up.

He wrote: “Then I grasped the meaning of the greatest secret that human poetry and human thought and belief have to impart: The salvation of man is through love and in love. I understood how a man who has nothing left in this word still may know bliss, be it only for a brief moment, in the contemplation of his beloved.”

The third and final avenue is the attitude that we take towards unavoidable suffering. In other words, our human capacity to transform personal tragedy into triumph. This is probably the biggest message that I took away from the book. You know, Viktor discovered through surviving what is arguably one of the most horrific experiences you could ever imagine that he was able to find meaning and growth and a deeper sense of who he was as a human being as a result. And there was one really incredible insight that he shared, which was this. “In some way, suffering ceases to be suffering at the moment it finds a meaning.”

We hear stories about this every day, right? I mean, where people face unimaginable challenges that could break them, but somehow they wind up growing stronger and more resilient and even more fulfilled as a result. So while there are many different schools of thought around meaning and fulfilment, I found Viktor Frankl’s three part framework really speaks to my heart.

One of the reasons that I love it so much is because I think many of us can get lost looking outside of ourselves for how to create a meaningful life and what Viktor Frankl so beautifully teaches us is that each of those three avenues is completely within our control. So whether you’re watching this over the holidays or any time of year and you’re feeling a little down or you’re feeling a little empty, I want you to remember this:

“Rather than searching for life’s meaning, remember that you always have the power to create it.”

And before we wrap up, I want you to know something. That you watching this show and being a part of everything that we do is truly meaningful to me, so thank you for that. And now I would love to hear from you. If you’d like to experience more meaning in your life, try looking through the lens of Frankl’s three avenues. And then in the comments below, tell me about each one. Tell me a little bit about what you’re working on and someone you love. And if there’s some unavoidable suffering, what is the deeper meaning that you might be able to find in it?

As always, the best conversations happen after the episode over at MarieForleo.com, so head on other there and leave a comment now. And once you’re there, be sure to subscribe to our email list and become an MF insider. You’ll get instant access to a fantastic training I created. It’s called How to Get Anything You Want. And you’ll also get exclusive content and some special giveaways and updates from me that I just don’t share anywhere else.

I’m wishing you and your loved ones a beautiful holiday season and I cannot wait to see you back again in the new year. Until then, stay on your game and keep going for your dreams because the world needs that special gift that only you have. Thank you again and I’ll catch you next time on MarieTV.

Now it’s not a smushed brownie.

Like this. Like silent meditation like the stink bomb’s over there.
I say we give it a go. What’s the worst thing that could happen, right?

Once you’ve had a chance to watch, I’d love to hear from you.

If you’d like to experience more meaning in life, try looking through Frankl’s three avenues.

In the comments below, tell me:

Share as much detail as possible in your reply. Thousands of incredible souls come here each week for insight and inspiration and your story may help someone else have a meaningful shift in perspective.

Perhaps the biggest take-away message we can hold onto is this. It’s not about finding the meaning of life, but about creating it. Fulfillment and meaning are always within our control.

Most importantly, humans have the incredible power to turn personal tragedy into triumph, and that includes you.

Thank you so very much for reading, watching and sharing. The privilege of your time and attention is something I never take for granted. I also appreciate you contributing so bravely, openly and kindly to the discussion here.

I mean it with all my heart: YOU make this one of the brightest, safest and most encouraging places on the internet.

P.S.  — This is the last new episode for 2016. Scheduled down time is vital to be a top performer and cultivate a happy, healthy company.

From everyone here on Team Forleo, we send you and your loved ones our most heartfelt wishes for a peaceful, loving and joyous holiday season. Take good care of yourself, and each other. We’ll see you in the New Year!

With so much love, 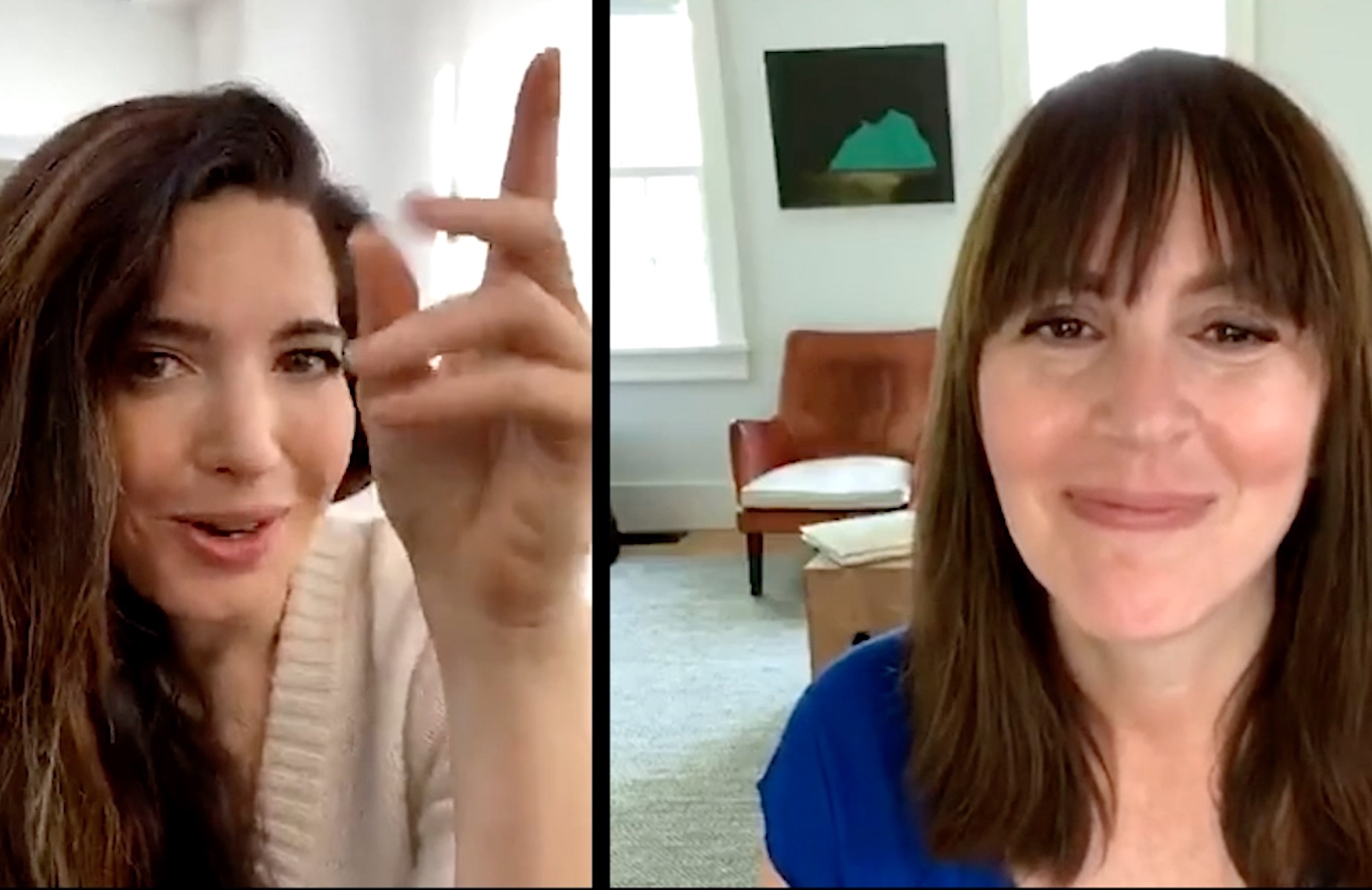 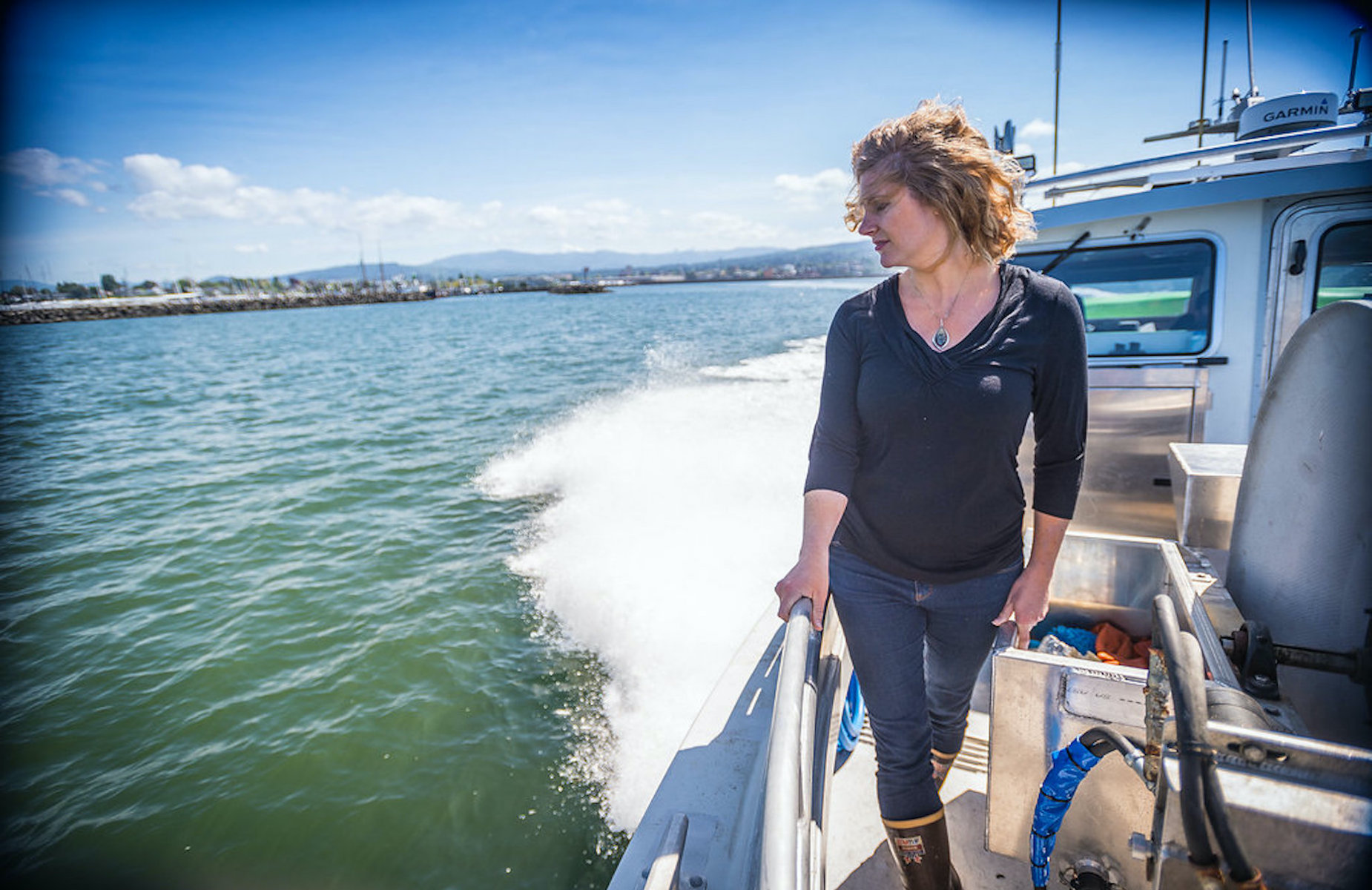 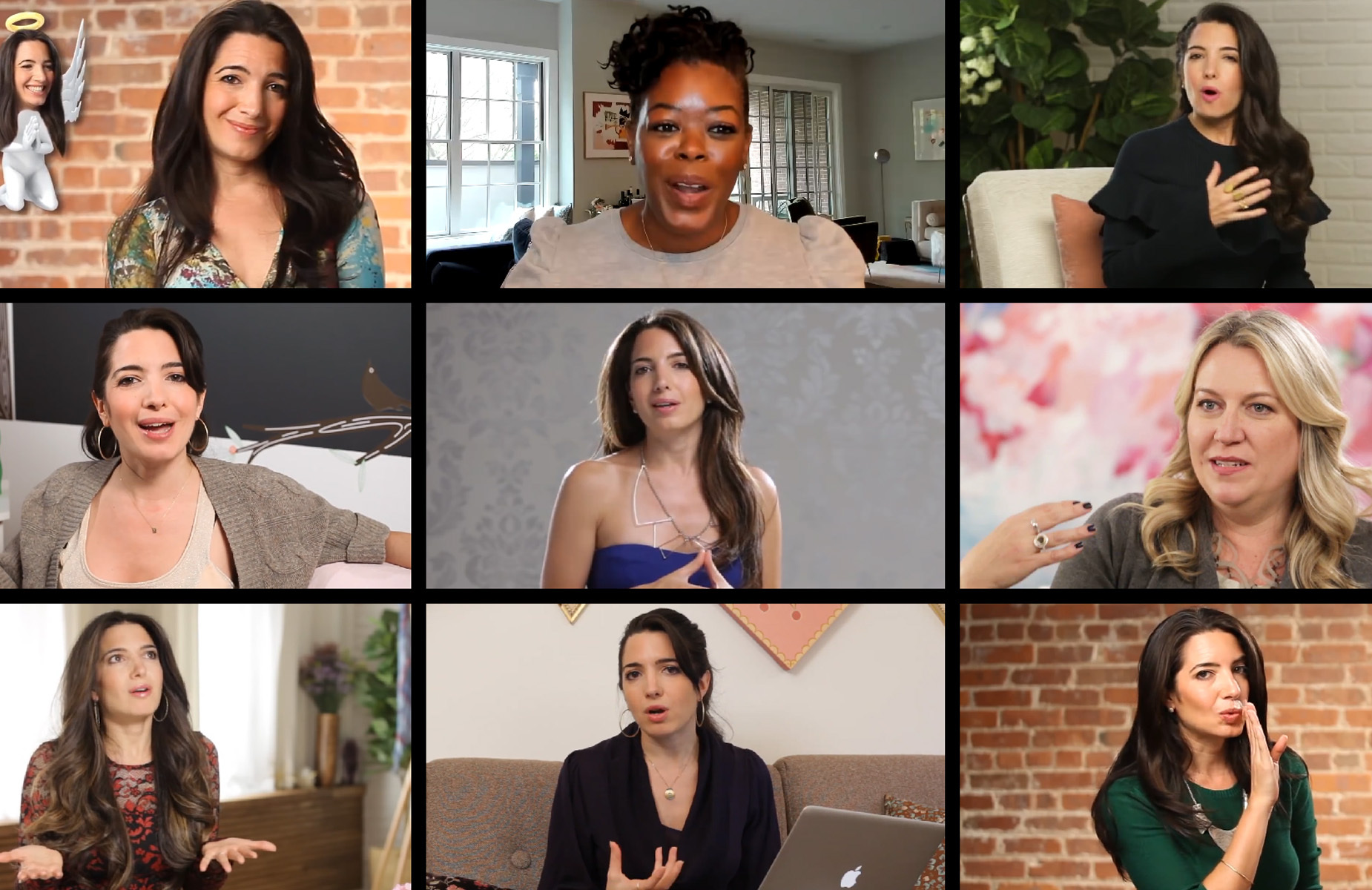 Everything You Need to Know About Writing AMAZING Content 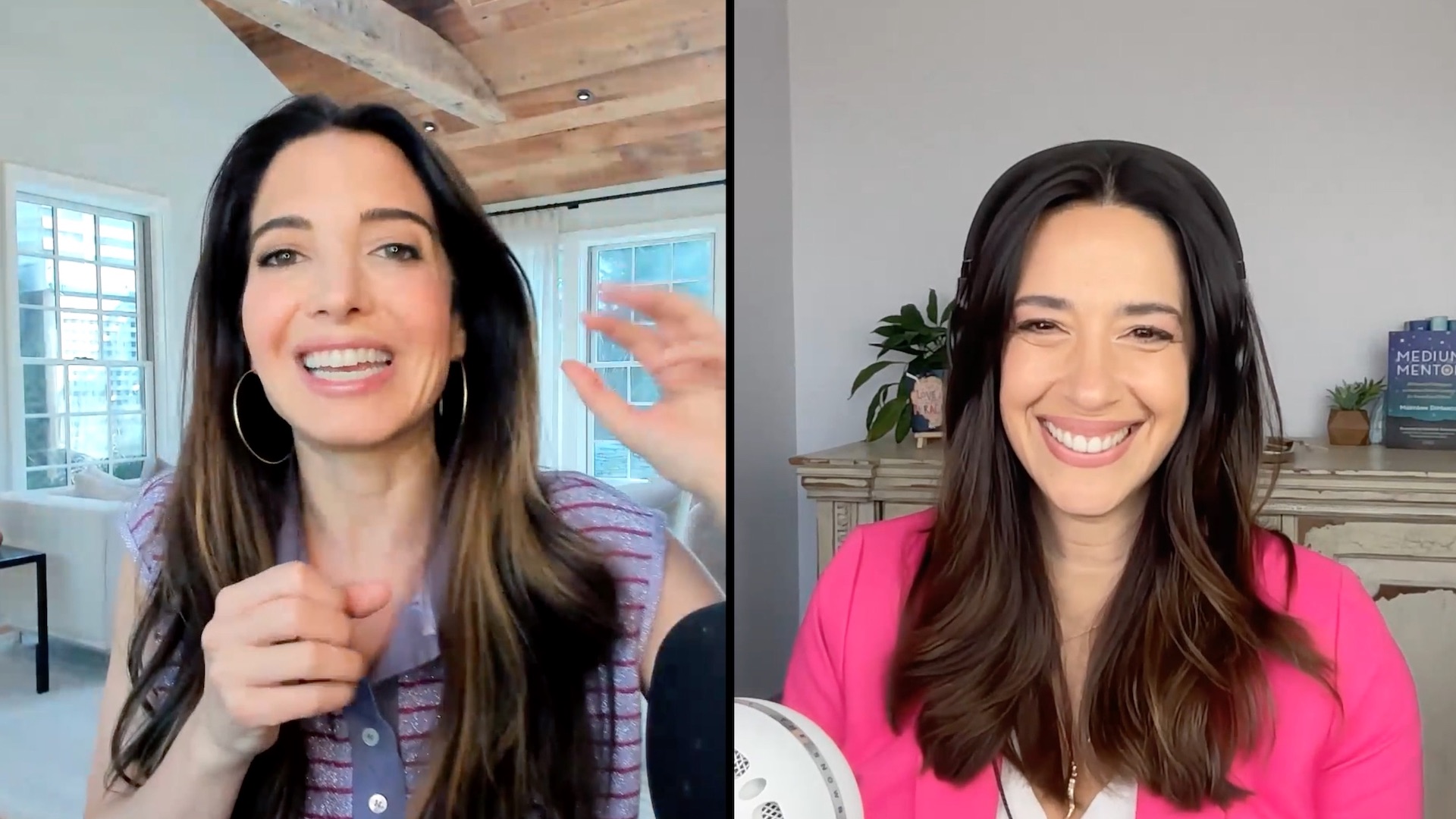 Psychic Medium MaryAnn DiMarco On Tapping Into Your Intuition