An entrepreneur, writer, philanthropist & unshakable optimist dedicated to helping you become the person you most want to be.

A born-and-raised Jersey girl with nothing more than passion, a laptop and a dream, I’m proud to have created a socially conscious digital empire that touches millions.

Through our award-winning show MarieTV, world-class online training programs, a #1 New York Times bestselling book and an audience in 195 countries, I help people like you dream big and back it up with meaningful action to create results.

One of the things I’m often asked is "How on earth did you get started in all this?"

For as long as I can remember, I’ve been insatiably curious about human potential. I wanted to know, what exactly is it that makes people genuinely happy, successful and creatively fulfilled? Why do some people struggle while others find a way to thrive, often despite the most challenging circumstances?

I was also passionate about a multitude of seemingly unconnected things: writing, hip-hop, psychology, entrepreneurship, creativity, spirituality, fitness and philanthropy, just to name a few.

After several failed attempts at corporate jobs and a lot of angst trying to choose just one thing to be in life, I realized that my unusual combination of interests and skills was a strength, not a liability.

I gave up the security of the 9-5, began bartending and waiting tables and doing a multitude of odd jobs to keep a roof over my head while slowly building a coaching business from the ground up.

I later coined the term "Multipassionate Entrepreneur" because I didn’t (and never will) fit into a conventional box.

From the non-stop frenzy working on the floor of the New York Stock Exchange, to the well-heeled halls of Condé Nast publishing, to choreographing hip-hop on MTV and being one of the world’s first Nike Elite Dance Athletes, to publishing two international bestsellers, to founding a digital education company named in the Inc. 500, I’m undeniable proof that...

Traditional rules were made to be broken.

I believe you must bring your whole self to the table if you want to thrive in today’s world.

That includes your unique set of gifts, your personality, your sense of humor and most importantly, your heart. I believe that whether you run your own business or not, a creative and entrepreneurial approach is critical to fully blossom in the modern world and to experience the happiness and fulfillment you deserve.

No matter what your dreams or obstacles, you have the power to change your life and, by doing so, you’ll change the world.

This philosophy, a dogged amount of hard-work and a discernible amount of grace have lead to some wonderful milestones. For instance: 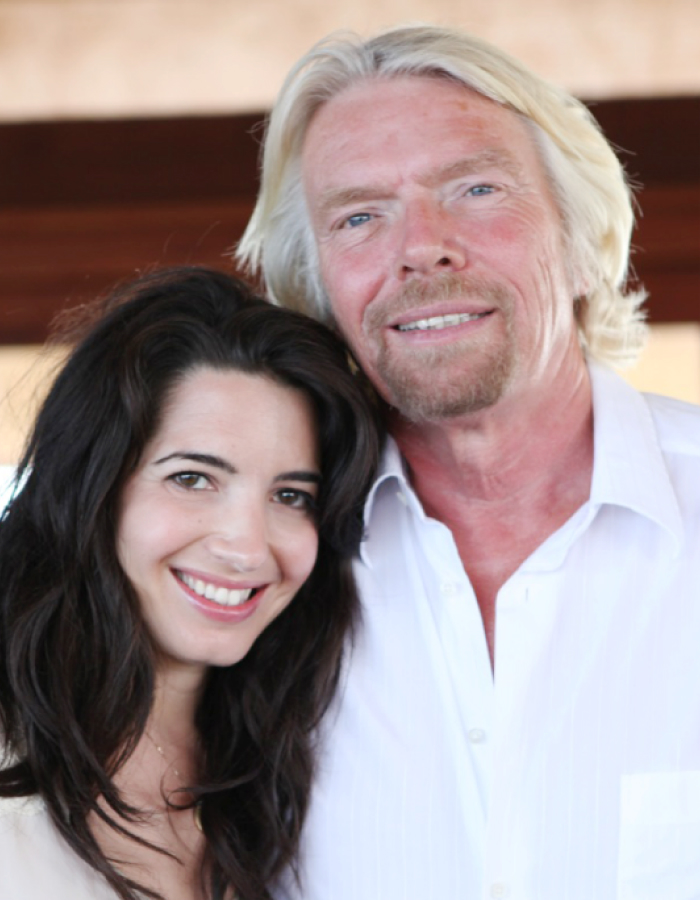 Sir Richard Branson invited me to South Africa to mentor young entrepreneurs at his Centre for Entrepreneurship. 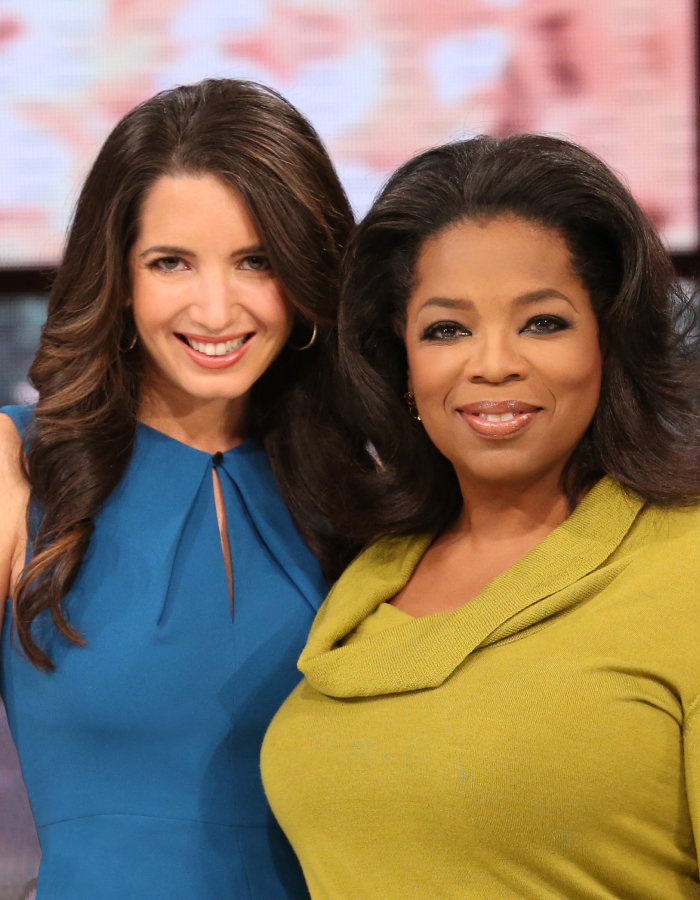 Oprah had me on her Emmy Award-winning TV show Super Soul Sunday as a thought leader for the next generation. A few years later I spoke at her incredible SuperSoul Sessions event. 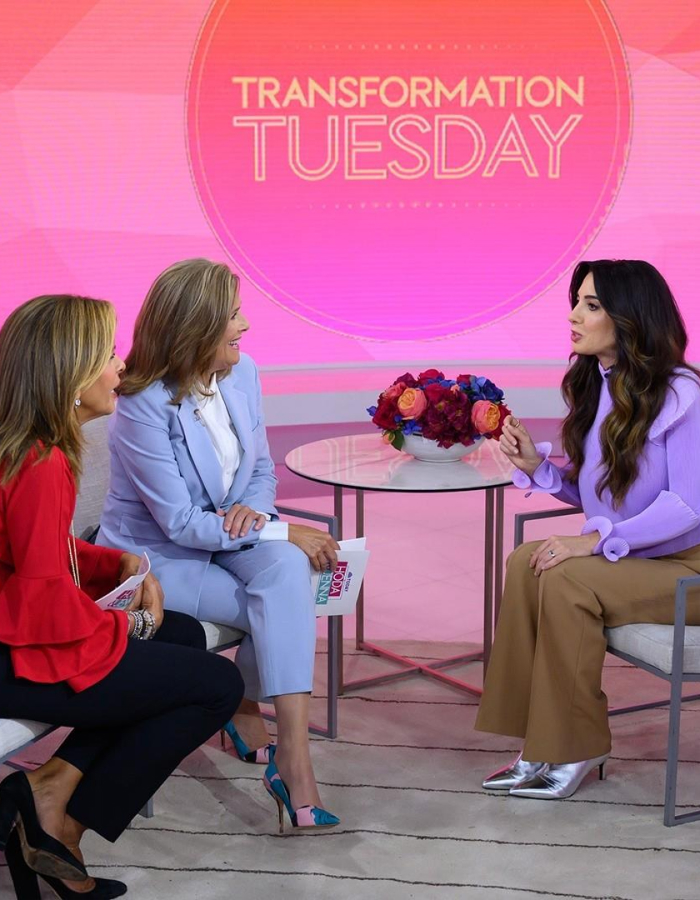 I had a fantastic time chatting with Hoda and Meredith about my book, Everything is Figureoutable.

From these folks and many others, I continue to learn new things each day and expand my own ideas about what it means to live a fully creative and meaningful life.

Which brings me to you.

I'm here to serve. My company is built on a bedrock of love, a passion for what’s possible and a commitment to be an unstoppable force for good.

Through our free content, online training programs and anything else we might offer — we’re in this to make a difference. To help you build a life that you truly love. A life that’s one-of-a-kind and brilliantly tailored for you.

Whether you’re starting or growing your business or looking to make a big change in your personal life, we’re here to help you reach the highest levels of your creative potential and tap into the deepest wisdom within you.

Yes, this is a business. Yes, we sell things. Yes, we’re proud and deeply grateful to earn a living doing so. But you should know the vast majority of our creative work is offered to you 100% free of charge. (For more on how my company rolls, read this.)

I’m no sage from the stage and I don’t have all the answers. I make mistakes, have shitastic days and get mired in fear and self-doubt, just like the rest of humanity.

But my commitment is to bring you the very best of what I’m living and learning, while keeping it real and honest as I go. So please don’t expect perfect polish (I’m too plain-spoken for that) but do expect thought-provoking ideas, timeless wisdom, some goofy antics and an unwavering devotion to help you live your most expansive, expressive and meaningful life.

If you’ve read this far, thank you. I hope this is just the beginning of our relationship. I’d love to learn more about you. The best way to share that and stay connected is to make sure you become one of our MF Insiders — just sign up below by entering your name and email.

As you might have heard, though I run a digital company — I spend as much time offline as humanly possible. If we're not connected on Instagram yet, c'mon over. And if you want the inside scoop, our Insider’s list is where it’s at. Most of the time, you’ll only hear from me on Tuesdays; more if something is time-sensitive or important.

Plus, you’ll get a fantastic (and free) audio training called How To Get Anything You Want: 3 Strategies To Find The Courage & Confidence To Do Anything as soon as you subscribe.

It’ll walk you through the fundamentals of turning your dreams into reality while living a deeply rich and meaningful life. Can’t wait for you to listen.

Thank you so much for taking the time to visit. I’m thrilled we’re connected and I’m excited for the journey ahead.

With all my love,
XO