Networking Basics: 8 Tips to Networking Without Being Fake 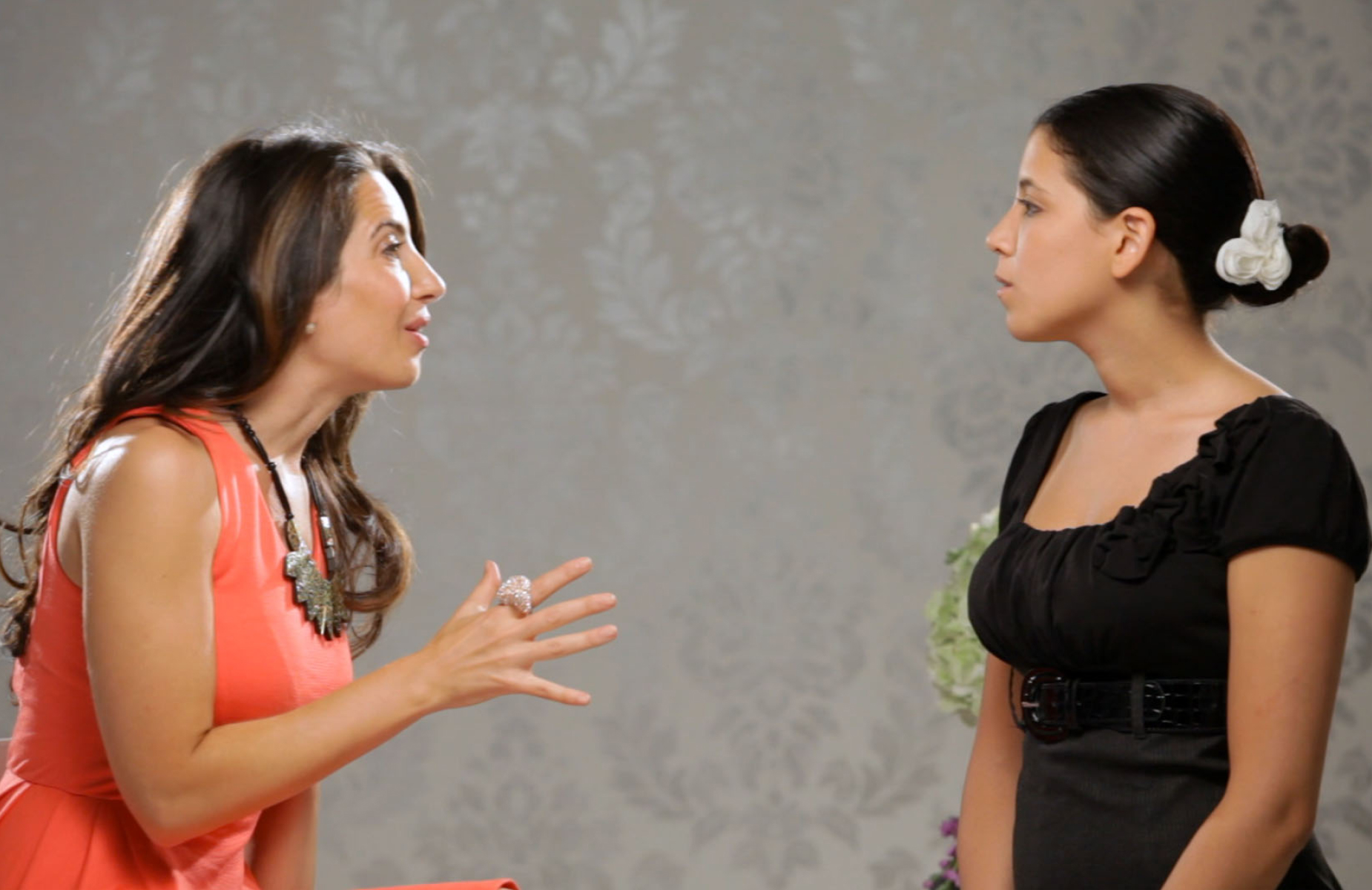 We have two ears and one mouth so we can listen twice as much as we speak. - Epictetus

As I sit here typing away, I’ve got my big green fuzzy socks on: a true sign that fall is finally here.

I’m not sure why autumn is such a busy season for events, but it is.

Over the next few weeks, I’ll be speaking at three different conferences, then hosting our own sold out shindig, RHH Live, at Donna Karan’s gorgeous Urban Zen center the last week in October.

Most of us have heard the saying, “It’s not what you know, but who you know.”

While I don’t entirely agree with that statement, I wholeheartedly agree that strong relationships make a huge difference to the speed and satisfaction of your success.

And attending live events is a fantastic way to build your network and make connections.

The problem is, many of us can’t stand the idea of networking. It feels fake and contrived. And if you’re an introvert, fuggettaboutit.

Just thinking of spending countless hours on small talk in a loud and crowded room of strangers is enough to make you exhausted.

If you want a healthy reframe on networking plus eight tips to make it a whole lot easier, here you go. 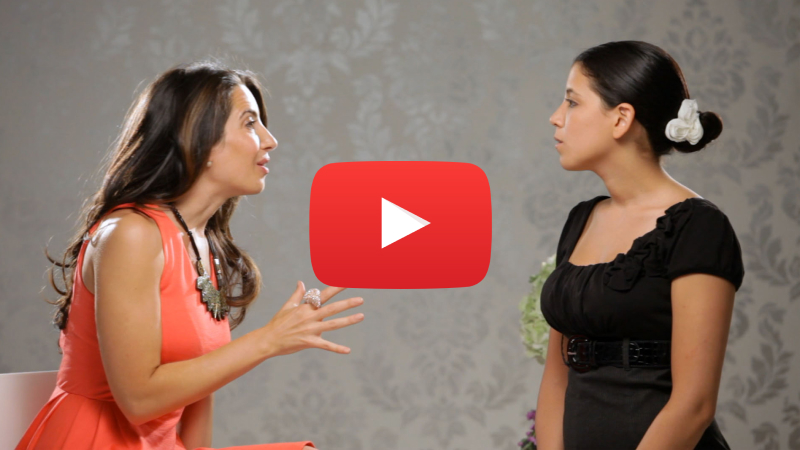 Ooh. I don’t even know my own lyrics. That is so sad.

It’s Marie Forleo, and you are watching MarieTV, the place to be to create a business and life you love. And this is Q&A Tuesday.

Today’s question comes from Leslie and she writes, “Hey, Marie. I’m at the stage of my life and career where networking is super important. However, I hate doing it. I know I need to get out there and make connections, but it always feels so fake. What are some networking tips to not be a fakey pants?”

Leslie, this is a great question. Millions of people resist the idea of networking, mostly because it feels really contrived. I mean, whenever we think of networking, we think of being in some windowless hotel room with a bunch of people we don’t know milling around and we’ve got some “Hello, My Name Is” sticker stuck to our boob.

Networking shouldn’t be an event. It’s an ongoing, organic process of building relationships with people you actually like. So you want to make it a lifelong practice of meeting new friends that you can contribute to.

Number 1, Focus on Giving versus Getting. So how can you serve or help someone out? Maybe you’ve got a great book recommendation, or you know someone that that person should meet. The thing is with networking, what you have to give may have nothing to do with you or your business. And that’s okay. The whole focus is give, give, give.

Number 2, Be Present. I’m lucky enough to take yoga with one of the most gifted and amazing teachers in the whole entire world, Mr. Rodney Yee. I was taking class with Rodney last week and it’s kind of amazing. Rodney is so present, always. So after class, there’s always like 70 people swarming around him trying to get his attention.

When I was leaving class, he was talking to someone, and I put my hand on his back just as a gesture to say, “Thank You,” and to let him know I was leaving because we are buddies. And you know something? He did not even break his concentration. He didn’t acknowledge me at all. And it wasn’t rude. It was quite amazing. He was so fully present with the person he was talking to, that he just stayed there.

Now here’s the thing. Most people, when they’re networking, they do something that’s really fakey pants and they’re looking around and they’re not really present with the person who’s in front of them. Don’t do that.

Number 3, Listen More Than You Talk. As the saying goes, and it’s a Tweetable, “We have two ears and one mouth so we can listen twice as much as we speak.”

Remember the most interesting people to talk to are the ones that really want to know about us.
Number 4, Think Long Term versus Short Term. Real relationships build gradually over time. So when you first meet somebody, don’t rush or push your agenda on them. Here’s what I mean.

Let’s say you’re an aspiring children’s book author, and you’re at an event and you happen to meet someone who publishes children’s books. Don’t go up to them and say, “Oh, my god. I got to give you my book. You got to read it. It’s amazing. You’re going to want to publish it.”

Don’t do that. You want to just chill and be a little relaxed. You can say something like, “You know, that’s really interesting. I’ve got a question about your industry that I’d love to know about.” Then ask them a question that opens up a genuine dialogue.

Number 5, Do Not Over Commit or Feel Guilty. Look, if you start going to a ton of conferences and networking events, you’re going to meet a lot of people. It’s fine not to stay in touch with everybody. It’s okay to meet people and say hi and all that jazz. But you do not have to make a commitment to speak to them again, or to stay in touch.

Number 6, Be Honest. Don’t make false promises or agree to do things just to be nice because you’re there with someone in person. So if someone wants to go to coffee with you, for instance, and you don’t want to do it, don’t say, “Oh, sure. We should do that sometime.”

Instead you want to say this: “I really appreciate the offer, but my work schedule is full and I don’t want to promise anything that’s not going to happen.”

Number 7, Take Action Immediately. If you do agree to do something for someone, take action right away. So if you’re going to make an email intro, just whip out your smartphone and get it done on the spot, versus waiting until you get home. Taking action right away is an awesome habit to build. Plus, you won’t just pile up work to do for yourself when you get home.

Number 8, Only Go To Things That Excite You. Whether it’s parties, conferences, or even coffee dates, only say yes to the things that you really want to do. The best business connections I’ve ever made are friendships. So when you go to these things, go to make friends.

The women who get the most out of my yearly event, RHH Live, come not to get the word out about what they do, but they really come to bond and meet with other like-minded people.

So by all means, of course, you’ve got to tell people what you do for a living, but that should not be your number one goal. Your number one goal is just to connect and make friends. Otherwise, you will come across as fakey pants.

Leslie, that was my A to your Q. I hope you enjoyed it. Now go stick some, “Hello, My Name Is” stickers to your boobs and network your buns off.

Now, I’d love to hear from you. Take a moment and really think about where did some of the best business connections in your life come from? Was it traditional networking? Was it some other unexpected route? Do you have do’s and don’ts for non- fakey pants networking? As always, the best action happens after the episode at marieforleo.com. So go there and leave a comment now.

Did you like this video? Then subscribe and share it with your friends. And if you want even more great resources to create a business and life you love, plus some personal insights from me that I only share in email, come on over to marieforleo.com and sign up for updates.

Stay on your game and keep going for your dreams. The world needs that very special gift that only you have. Thank you so much for watching, and I will see you next time on MarieTV.

B-School is coming up. Want in? For more info and free training, go to JOINBSCHOOL.com.

Now these eight tips are just the tip of the iceberg. What I’d really love is your input on networking.

Take a moment and really think about where some of the best business connections in your life came from.
Was it traditional “networking?” Was it some other unexpected route? Do you have do’s and don’ts for non fakey pants networking?

Leave a comment below and let me know. Remember, the more specific you can be, the better.

Your experience and insight helps us all.

Thank you, as always, for reading, watching and contributing! 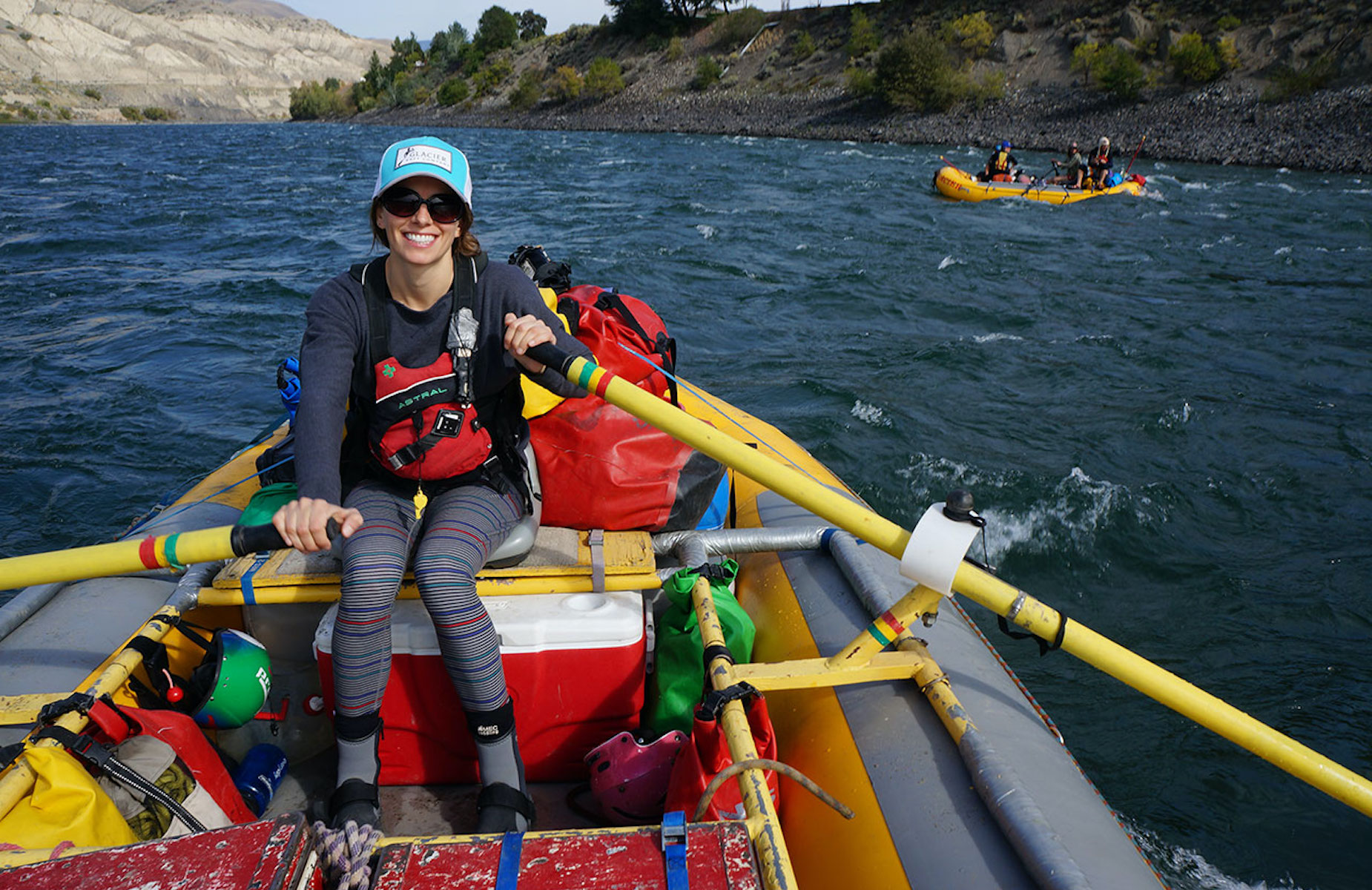 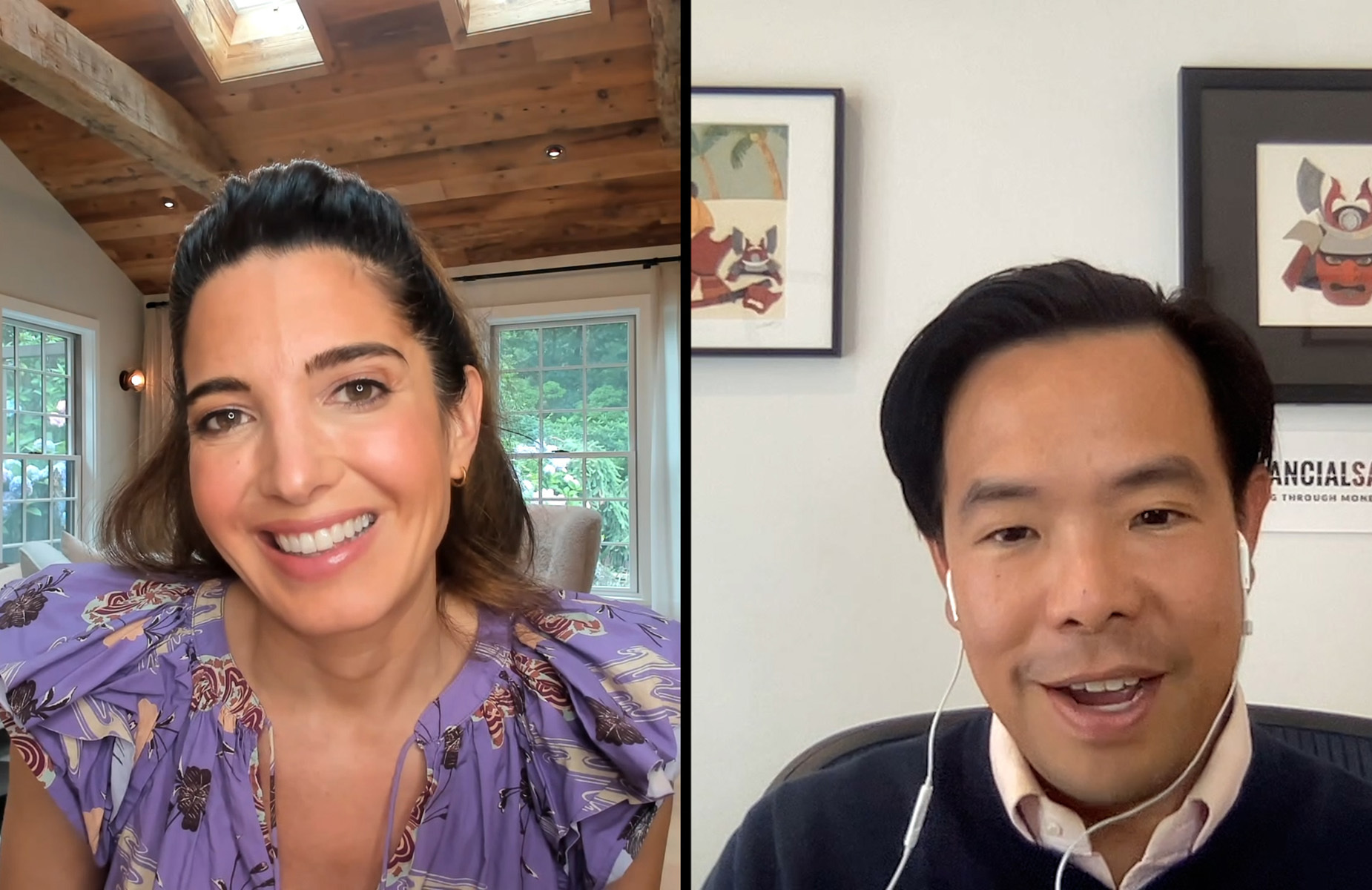 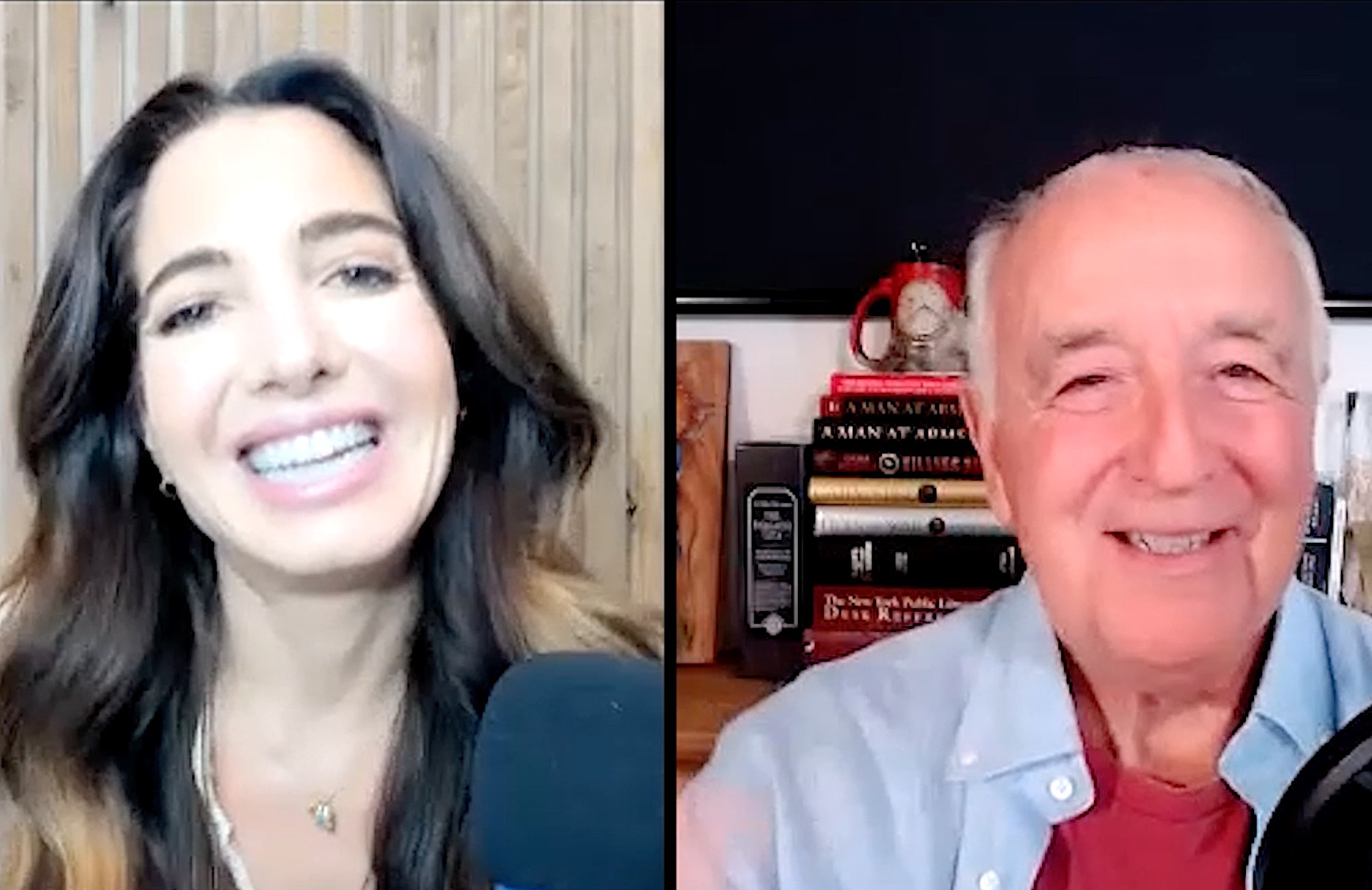